A Southwest Airlines flight takes off as United Airlines planes sit parked on a runway at Denver International Airport in April. 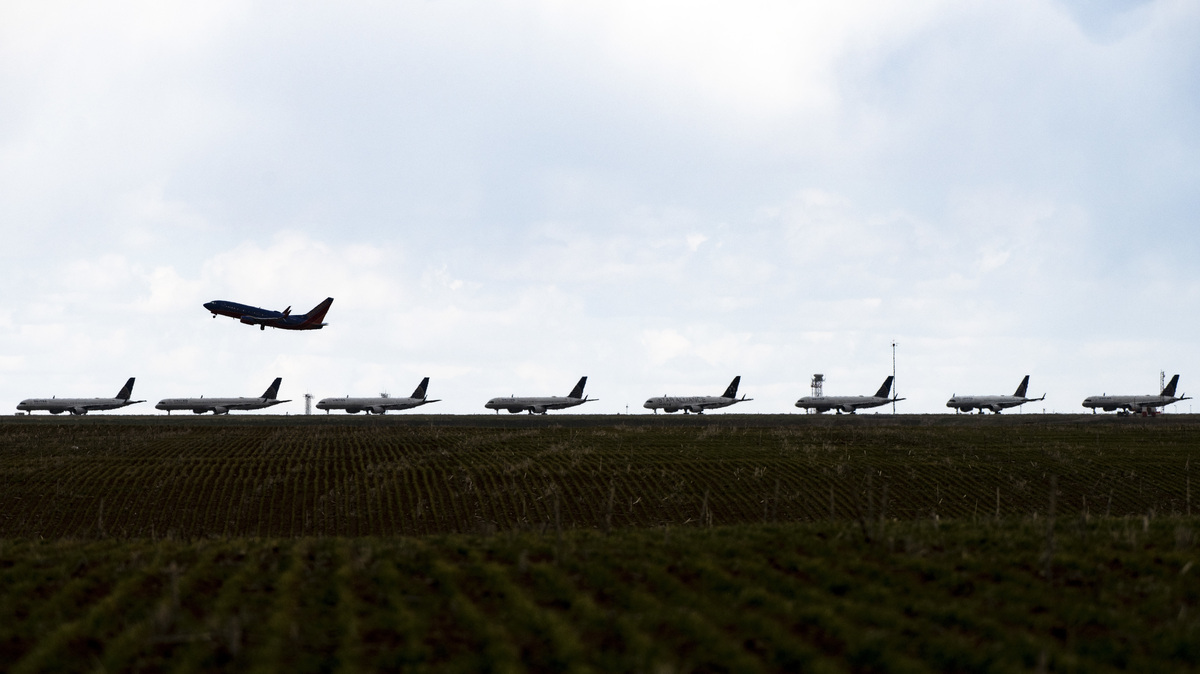 A Southwest Airlines flight takes off as United Airlines planes sit parked on a runway at Denver International Airport in April.

The U.S. is regulating greenhouse gas emissions from commercial aircraft for the first time. But critics are saying the rules will be ineffective.

The Environmental Protection Agency said Monday the rules are being finalized after first being made public in July.

They require all new aircraft sold to commercial airlines to meet the requirements by 2028. The EPA acknowledges many already do.

EPA is not projecting emissions reductions as a result of the rules, according to Reuters. The agency also does not believe the rules “will cause manufacturers to make technical improvements to their airplanes that would not have occurred” already.

The rules, when proposed, helped the U.S. avoid a lawsuit that would have compelled the government to regulate aircraft emissions anyway, according to the New York Times.

Commercial aircraft make up about 3% of the country’s overall greenhouse gas emissions, and before the reduction in travel caused by the pandemic their share was growing. Unlike other industries, aircraft emissions have not been regulated until now.

Airlines for America, an industry advocacy group, applauded the new standards in July when they were first proposed. Nancy Young, environmental affairs vice president, said in a statement the rules are “good for our industry, for our country and for the world.”

Boeing, one of the world’s largest manufacturers of commercial aircraft, said the rules would be a “major step forward for protecting the environment and supporting sustainable growth of commercial aviation and the United States economy.”

Environmentalists say the move largely maintains the status quo — doing nothing in the fight against climate change.

And 11 U.S. states agreed. They urged the Environmental Protection Agency in October to strengthen the emissions standards, saying they would do little — if anything — to reduce overall emissions.

“This rule is especially infuriating because there are effective ways for the aviation industry to modernize and decarbonize,” said Liz Jones, an attorney at the Center for Biological Diversity’s Climate Law Institute, in a statement Monday. “What we desperately need are technology-forcing standards to get the industry on track.”

“This is another industry handout,” Jones said, “from an administration that’s hell-bent on hamstringing efforts to tackle the climate crisis and maintain a livable planet.”

Boris Johnson to call for climate action at...

Celebrate The End Of Summer With Monday’s Harvest...

SpaceX Inspiration4 Crew: Who Was Aboard the Civilian...

When Will the SpaceX Inspiration4 Crew Splashdown?

Trees Could Be A Mental, Physical And Climate...